Carpal Tunnel Syndrome is a familiar and very common condition which affects approximately 3% – 6% of the entire population. However, it is not the only cause of hand pain and numbness. Other conditions such as tendonitis, Cubital Tunnel Syndrome, diabetic neuropathy or a pinched nerve in the cervical spine can all cause similar symptoms. Although the patient’s history and physical examination are useful in narrowing down the diagnosis, special tests are very helpful in confirming the diagnosis, especially in cases where symptoms are atypical. Until recently, electrodiagnostic tests in the form of nerve conduction studies and electromyography were considered the ‘gold standard,’ although false positives and false negatives could occur in up to 30% of cases.

Ultrasound is quick, painless, safe, widely available and more cost-effective than electrodiagnostic testing. Due to its simplicity and accuracy, we feel ultrasound should be the preferred first-line test to either confirm or rule out Carpal Tunnel Syndrome, with electrodiagnostic testing reserved for complex clinical situations, recurrent cases, or to quantify the severity of nerve damage. 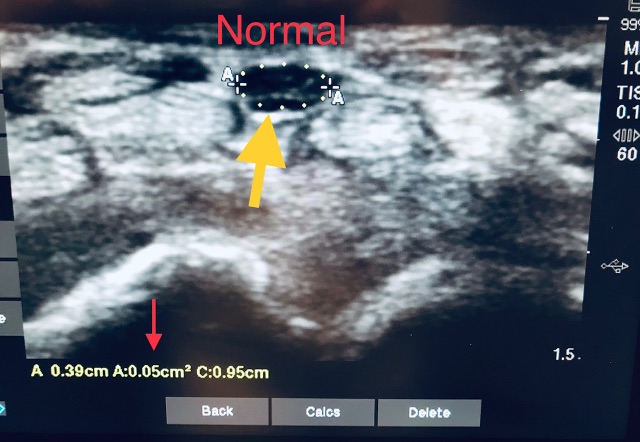 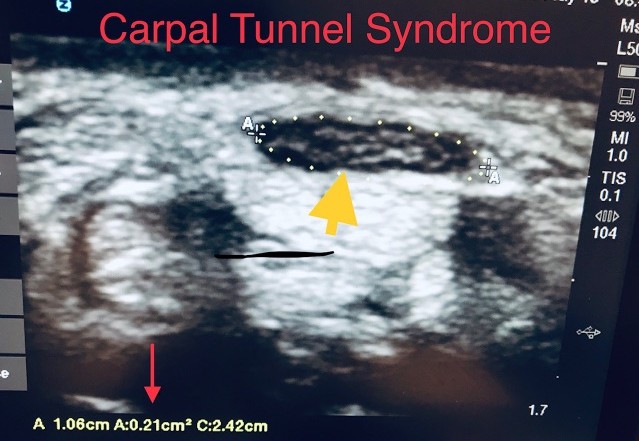 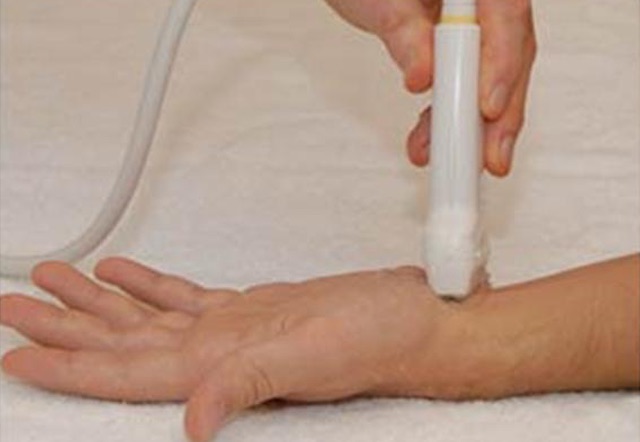 FacebookTwitterRedditLinkedInWhatsAppTumblrPinterestEmail
Page load link
By clicking "OK" or by continuing to use our site, you acknowledge that you accept our Privacy Policy and Terms of Use. Please read our policies for more information. OK
Go to Top